On Wednesday, February 3, 2016, I woke up in my parents’ house in Cleveland at around 6:30 AM and took a shower, just like a normal day. It was not a normal day, however.

After my shower, I packed my suitcase and my backpack. Whether my trip is for one night or one year, I don’t like to pack in advance. There are too many things I need in the morning, and I don’t like to have to take things out of the bag once they’re in.

So I packed my bag, and a few hours later went to the airport. 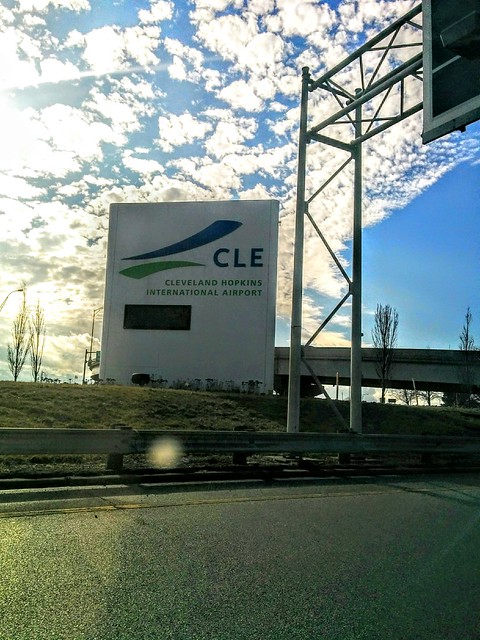 My itinerary consisted of a hop, skip, and a jump from Cleveland over to JFK Airport in Queens, a three hour layover, and then a direct transatlantic flight to Milan, Italy. The 8 hour transatlantic flight was scheduled to leave New York at 6 PM Eastern Time and arrive in Italy at 2 AM Eastern Time, 8 AM Italy time. It was a nice day in Cleveland, but unfortunately a dreary day in New York and over much of the Atlantic Ocean.

After a tearful goodbye to my family, I passed through security at Hopkins. The flight into New York was inconsequential. Once I arrived, I made sure to find some food, and a cell phone charging station. I didn’t know what awaited me in Milan, so I wanted to ensure I had as much battery as possible. I also called my parents and a few friends and they wished me luck on the transatlantic flight. Here is the Boeing 767 I eventually rode, from the terminal at JFK:

I boarded the plane at 5:40 and quickly realized it was only going to be half full. I had my own two seats instead of one, on which I could sprawl across and sleep. Blankets and pillows were provided. We were delayed for over an hour because the ground crew got backed up, but eventually took off. After a meal of chicken and rice, the lights were dimmed and myself and the other passengers attempted to doze off.

It was mediocre sleep. I tossed at turned and I woke up several times, but I did sleep. Around 8 AM, the lights were turned on and breakfast served. I looked out my window and saw the sun start to come up. I could not yet see the ground because there was a thick layer of clouds.

However, as we got closer and closer to our destination, the clouds broke and I saw the Alps. 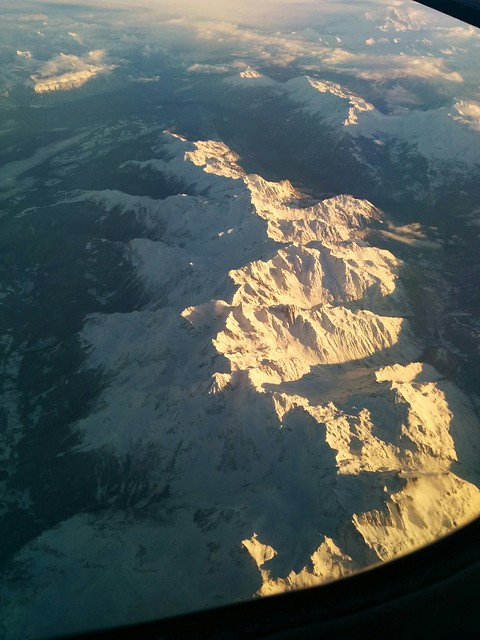 The snow and mountains than subsided and we eventually landed in Milan around 9 AM. 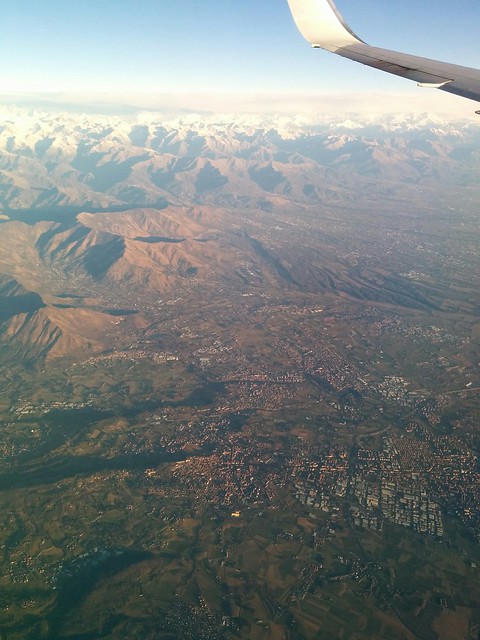 After landing in Milan, I had to head to Turin for a two-day teaching orientation. There was another teacher landing in Milan an hour after me, so I waited for her to land and we made the journey together. There was a bus from the Milan airport to the Turin city center which took about an hour and a half. Once we got there, we hailed a cab and took it about a mile to the hostel where the orientation was held and where we would stay for two days. 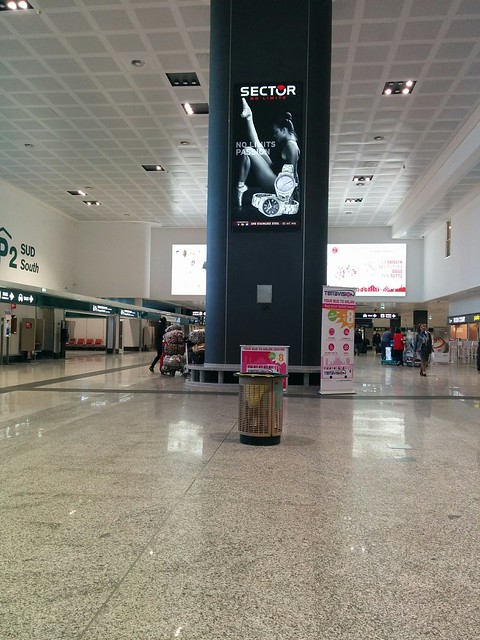 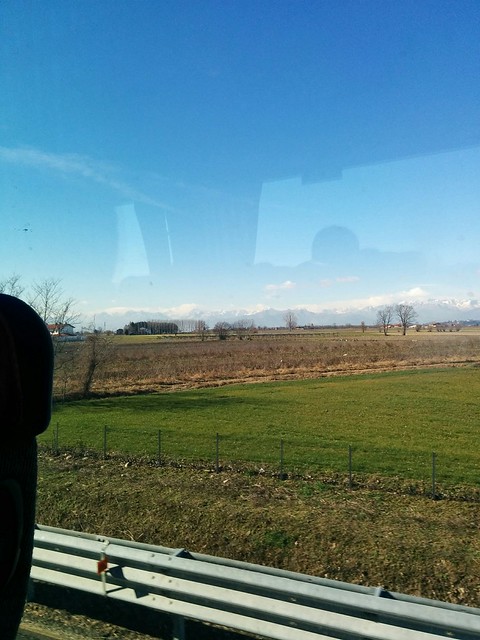