Today I toured the childhood homes of John Lennon and Paul McCartney. No photos allowed inside unfortunately but here are shots of the exteriors. 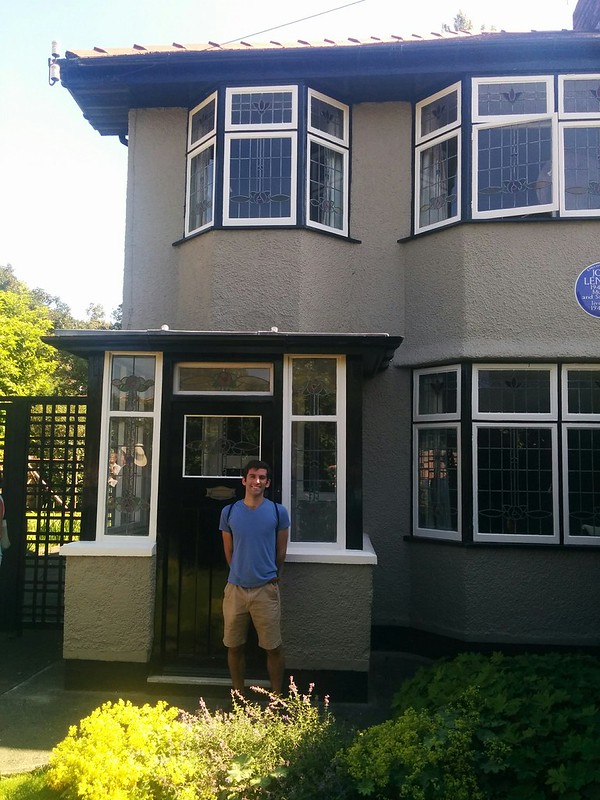 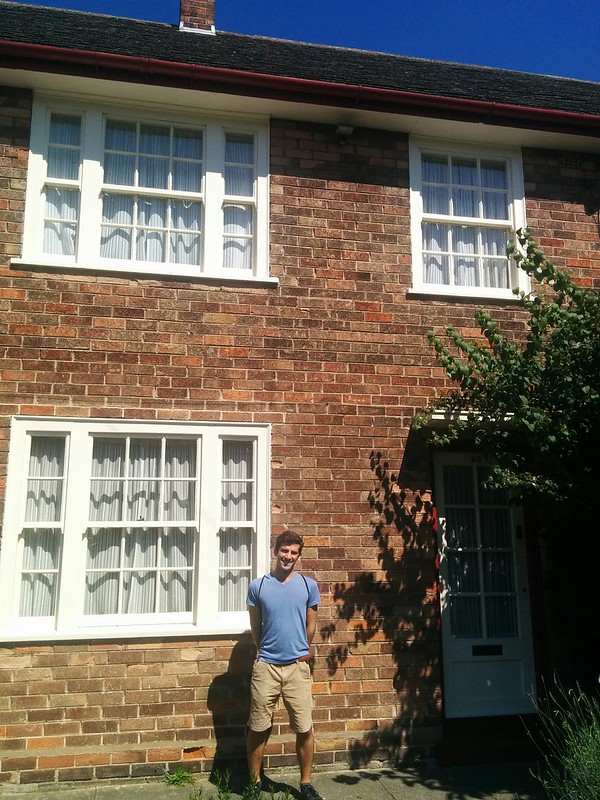 The people who run the houses and the tours are essentially historians and they are employed by the UK’s National Trust. They are a husband and wife couple (no joke) who grew up in Liverpool at that time. The husband does the tour of John’s house and the wife does the tour of Paul’s house. 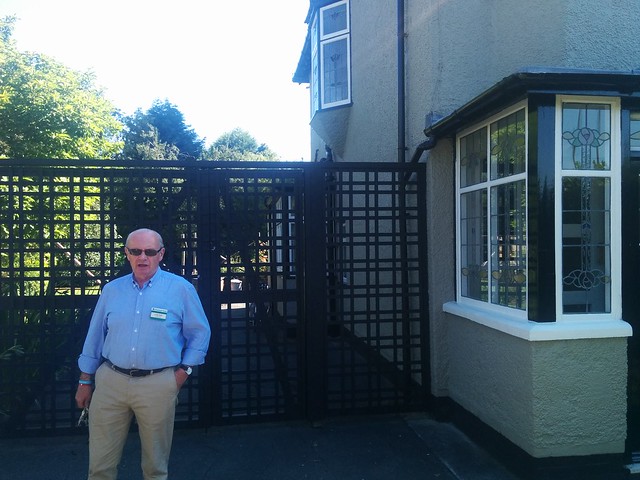 From listening to them talk, they’ve spent a lot of time interviewing people to learn actual stories of the Beatles as kids and how they got together. They seem to be on a first-name basis with Paul, Ringo, and Yoko as well as other family members such as Paul’s brother Michael. Listening to them talk was fascinating because they knew a lot about what actually happened in those houses. A cut above the usual tour. They know things like “on the fifth of June 1959 George came into this house around the back gate and practiced with Paul in the living room.” They also obsess over little details like finding the original wallpaper, to complete the houses’ restorations. (The houses had other owners for many years before the National Trust bought the McCartney house. Then later Yoko Ono bought the Lennon house for what I assume was a lot of money, and donated it to the Trust. She wanted the tours to be about John’s childhood and the times he lived in the house, not about the famous years in the Beatles. After the Trust acquired the houses they spent lots of time restoring them to how they were in the 1950s.)

They also keep the tours small and quiet – you have to pre-book and it’s not cheap, it cost around $30. While we were touring the houses other tour groups were looking in from the street, but this tour is the only tour that gets you in the house.

I also visited the Beatles museum here in Liverpool and I’m going to do another tour tomorrow around town to see other important parts like Penny Lane and Strawberry Fields.

There’s a lot more to say about the Beatles and Liverpool. The city is kind of like Cleveland – former industrial giant still figuring out the future. Today I got a haircut at a barbershop and had a great chat with the barber. And lots more about the Beatles.

But I’ve written a ton today so I have to call it a night. I figured it’s better to get something up than to dilly dally, so this is my incomplete Beatles post. See pics on Flickr. I’m in Liverpool July 17-21.