Note: I’m at home now. The final few weeks of my trip, I struggled to keep this blog up to date. So I’m going to go back and add a few posts. I’ll cover the final weeks and then talk about my experiences since arriving home. This post covers 3-4 days starting on August 28th.

After visiting my host family for the last time at the end of August, I said a heartful goodbye to them and they gave me a ride to Torino so I could catch a train to Rome. They dropped me off at Piazza XVIII Dicembre right in front of the Porta Susa station. 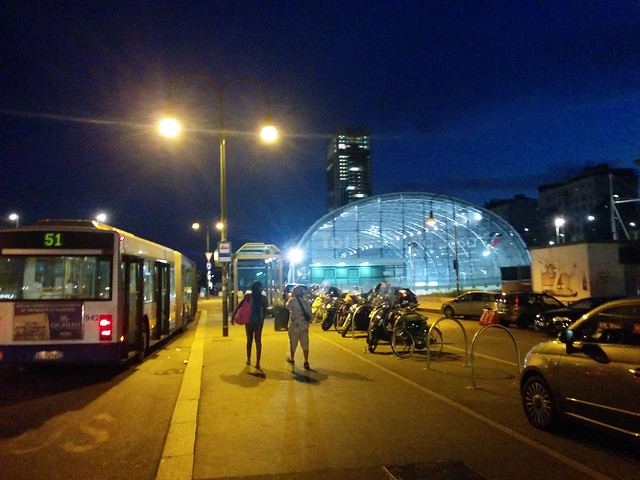 I took in a breath of the fresh air. It was fitting for me to leave from here. I thought of the morning of February 4, when I landed at the airport in Milan. I boarded a bus to Torino, and that bus dropped me off at this exact spot. I remember getting off the bus and being overwhelmed with the idea that I was now walking around an Italian city.

But sooner or later I had to get on the train. I went in the station and waited for the night train which would take me back to Rome. 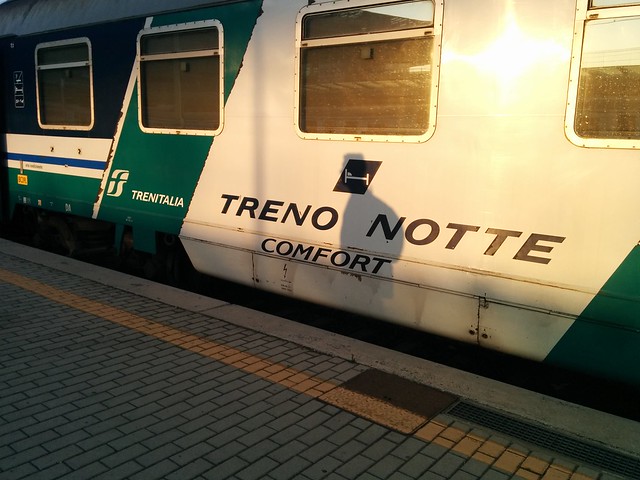 I didn’t sleep quite as well on this night train as I did on the one from Lisbon to Madrid. This one stopped a bit too many times as it passed through a few major cities (Milan, Florence, and others), while Lisbon and Madrid have practically nothing in between them. I did get a good 5-6 hours though, and chatted with an Italian couple in my compartment.

I arrived in Rome as the sun came up. 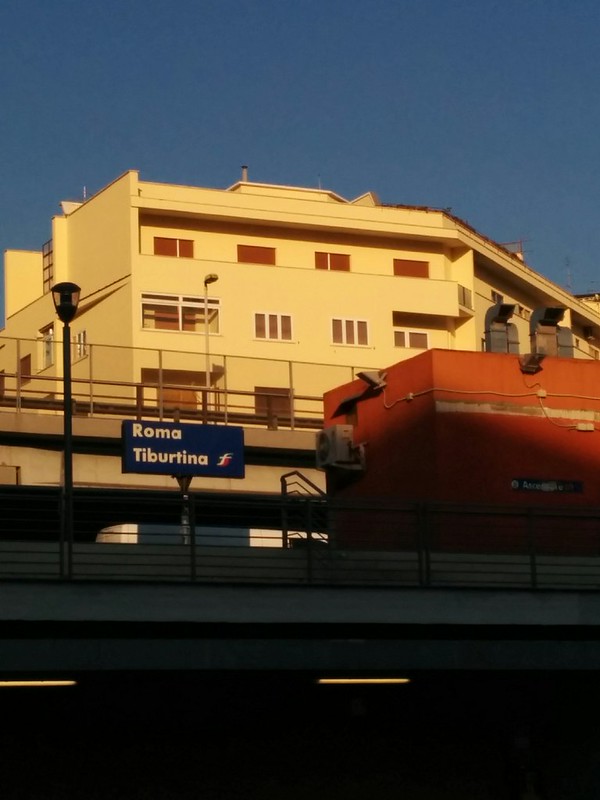 When I was in college, I worked for the University Libraries and befriended the Dean, Jerome, who was my boss at the time. We still keep in touch. He was coming over to Europe for work (more on that later) and was able to squeeze in some time to do some sightseeing with me. 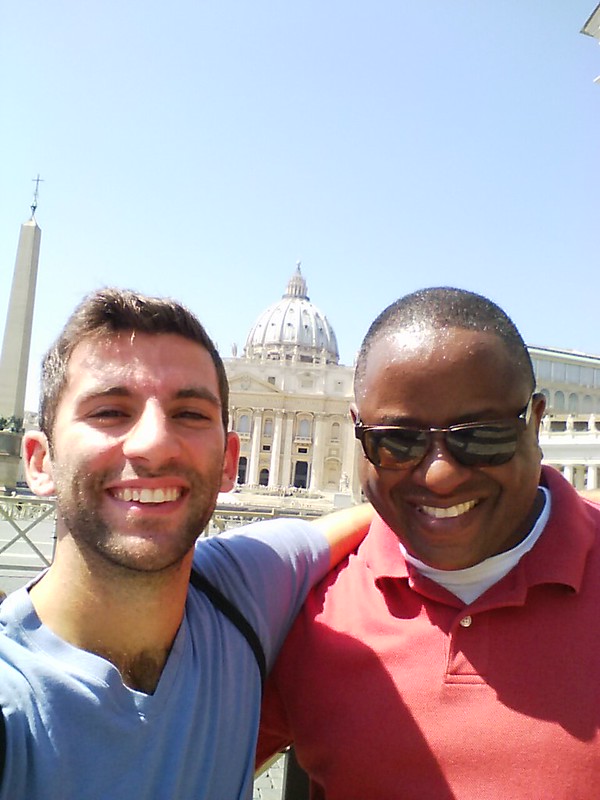 The first day we went to the Colisseum and the Forum. I had visited both these monuments once or twice, as I’ve said on this blog, but I was happy to play tour guide for a little bit. Then, later that night, we got to meet up with my cousin and her friend, who just happened to be in Italy on vacation. The four of us went to dinner in Trastevere. 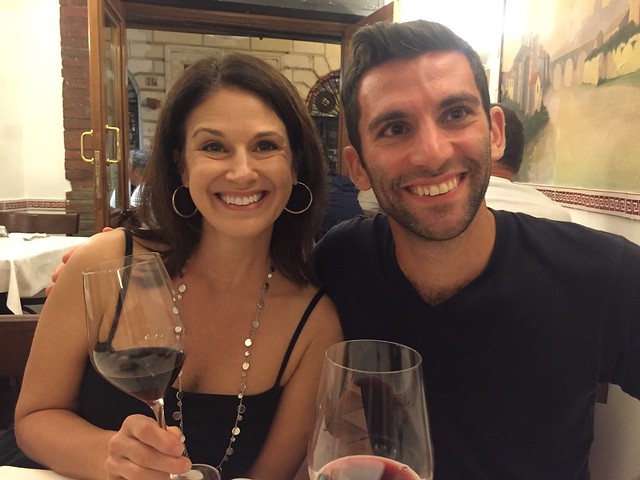 It was an interesting day overall, because I hadn’t seen any friends or family from the US since the beginning of February, and on that day I saw two people.

The next day, we went to the Vatican. In the Vatican museum, I was able to spend extra time in the Gallery of Maps, which has giant fresco maps of Italy. I found all the small villages of my ancestors which I visited back in May and June. 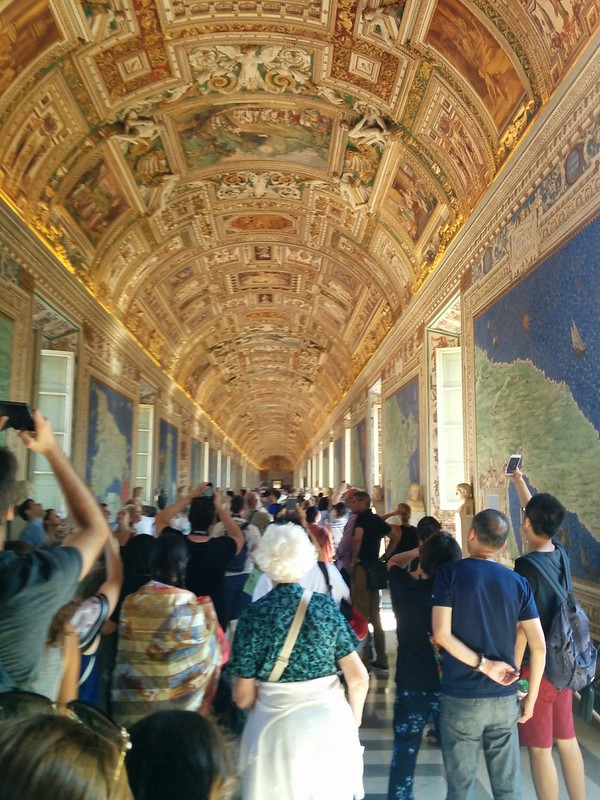 Note “Alcara” on this map, about 1/3 the way down slightly right of center. The map is strange because it showed Sicily but “upside down,” that is, south-up. 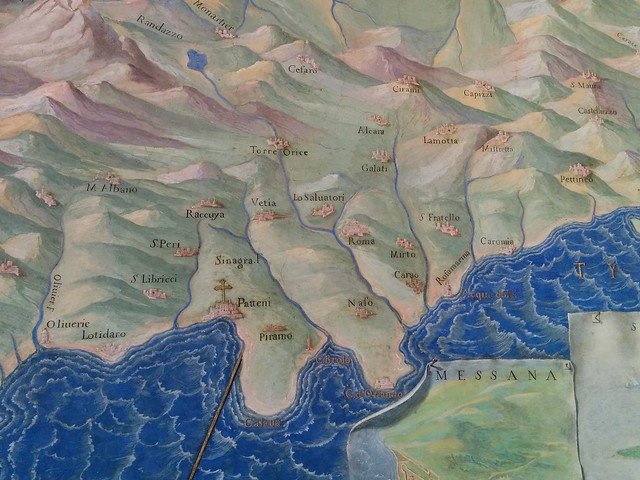 And Campobasso appears on this map, about 1/3 way down in the center, as well. It almost looks like “Campobaffo” due to the writing style of the letter “s,” but it’s Campobasso. 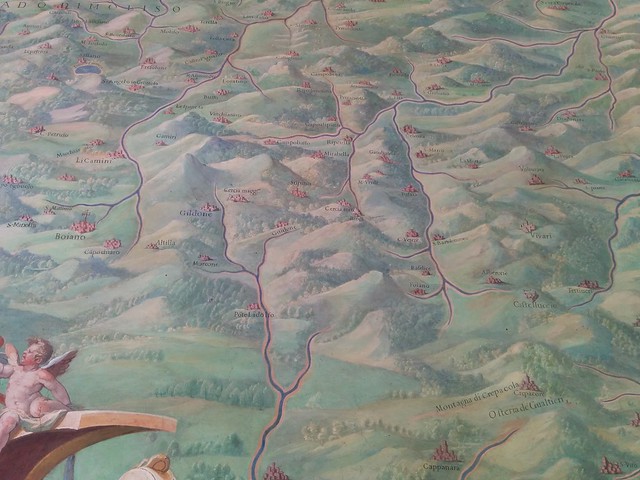 We then went in the Sistine Chapel. I’d been there before, but this time was a much better experience as I had a Rick Steves audio tour downloaded onto my phone. We stayed in the room for half an hour and let Rick explain all the intricacies of the artwork. Unfortunately there are no pictures allowed, so here’s a picture from Wikipedia:

The final day, we took a day trip from Rome to Florence using Italy’s high-speed Frecciarossa trains. It’s about a three hour drive each way, but the train cuts that in half. In Florence we visited all the old standbys, but also had a fantastic meal, one of the best restaurant meals I had in all my time in Italy. I got a plate of pasta with red sauce, and ricotta cheese, while Jerome got risotto. After that, we got a platter of meat which included some chicken, pork chops, and beef.

One of the most interesting things I saw in Florence that day was a building with Kent State University’s logo on it. I think they have a study abroad program there for their architecture program. 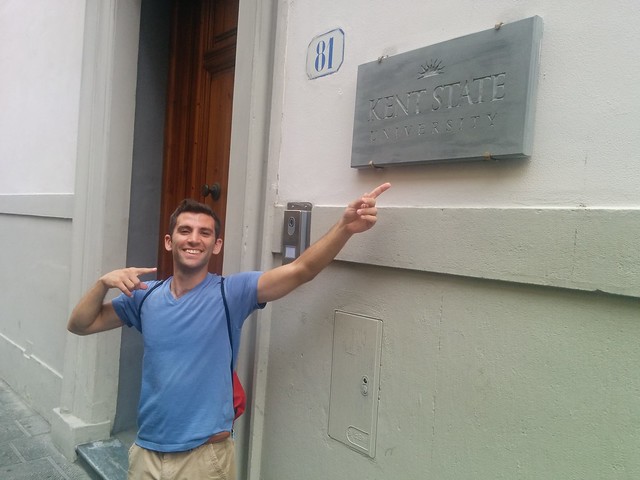 Speaking of study abroad programs for Ohio colleges, the next day, we would go to Luxembourg to visit Miami University’s (my alma mater and Jerome’s employer) study abroad campus there. So this was my last night in Italy. Ciao Italia.